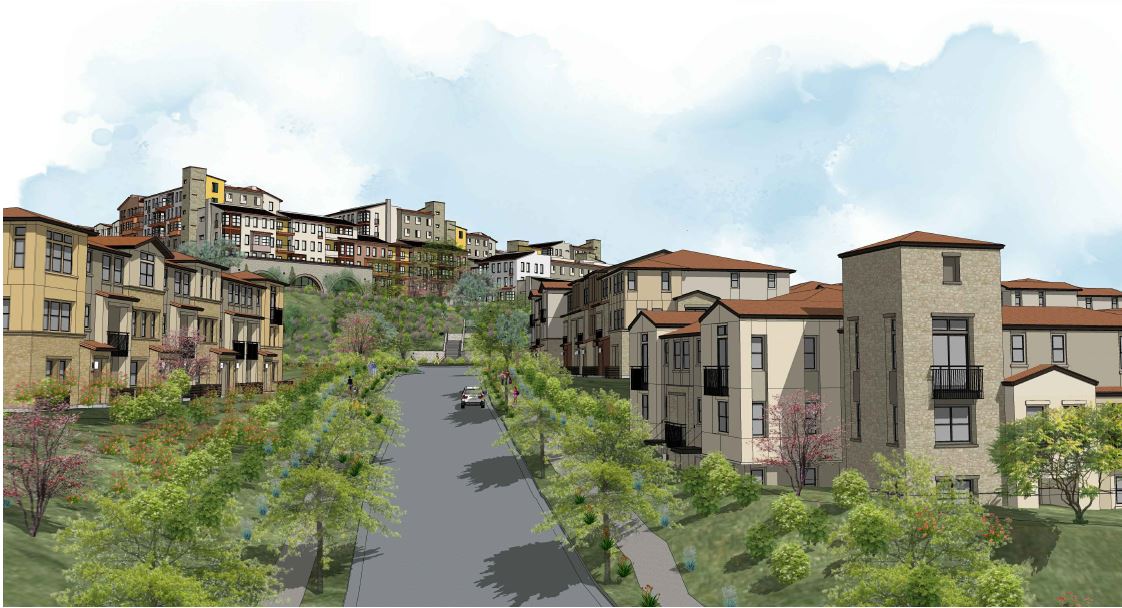 On May 20, 2019, the Santa Clara Valley Housing Group (SCVHG) submitted an application to develop the "Hilltown" site, a 44-acre property bounded by John Muir Parkway to the south, San Pablo Avenue to the west, the Victoria by the Bay development to the north, and Interstate 80 to the east. The proposal includes 598 either rental or for-sale residential units (including townhomes, courtyards, and podium housing), and 4,200 s.f. of neighborhood retail, to be developed in four construction phases.

In early 2020, the Planning Commission and City Council will be reviewing the proposal for consistency with an existing Development Agreement between the City and SCVHG (the current agreement expires in July 2020). The Commission and Council will also review the project's potential environmental impacts, as required under the California Environmental Quality Act (CEQA), and review the project's Final Planned Development Plan, vesting tentative map, building and landscaping design plans, San Pablo Avenue roadway abandonment, and conditional use permit for commercial uses.

Public hearings on the project are anticipated to be held as follows at Hercules City Hall:

The Hilltown site has dramatic differences in elevation, rising from an elevation of approximately 50 feet near John Muir Parkway to elevations in excess of 200 feet at the top. The site is highly visible from several vantage points in Hercules, and presents a signature view of Hercules to thousands of cars traveling daily on eastbound Interstate 80.

The site was developed by PG&E in the late 1970s as an oil storage, heating, and pumping station in connection with a PG&E pipeline from Richmond to eastern Contra Costa County. PG&E used these facilities to supply heavy fuel oil to power generating facilities in Pittsburg. A change in environmental regulations that imposed more stringent limitations on the sulfur content in heavy fuel oil rendered the facility essentially obsolete by the early 1980s, and PG&E maintained the facility in standby status until SCVHG purchased the property from PG&E in 2005 in a transaction that involved Shell Oil Company taking possession of the Richmond-to-Pittsburg pipeline and SCVHG taking the Hercules tank farm site. 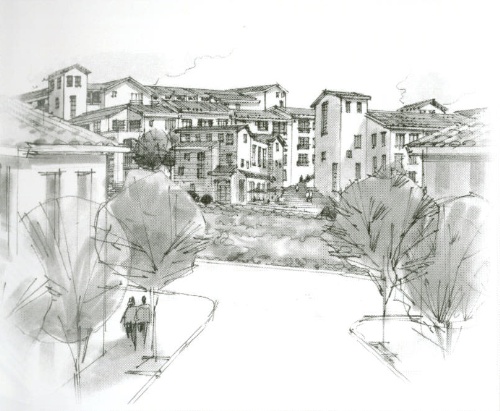 Created through the City's 2000-2001 public "charette" process, the Central Hercules Plan noted that the tank farm site was "evocative of the Italian hill towns built centuries ago" and envisioned "urban density in a highly livable, marketable, picturesque package." The SCVHG design team (including KTGY Group as architects, dK Consulting as civil engineers, vanderToolen Associates as landscape architects) met in 2007-08 with City staff, a joint Planning Commission/City Council informal review team, the town architect (Opticos), and City-recommended consultants (Dave Sargent and HDR) over a year and a half to develop an initial plan for Hill Town.

b. Certifying an environmental impact report describing the impacts of this project and mitigation measures.

c. Changing the land use zoning designation from “Industrial” to “Planned Commercial-Residential.”


Free viewers are required for some of the attached documents.
They can be downloaded by clicking on the icons below.