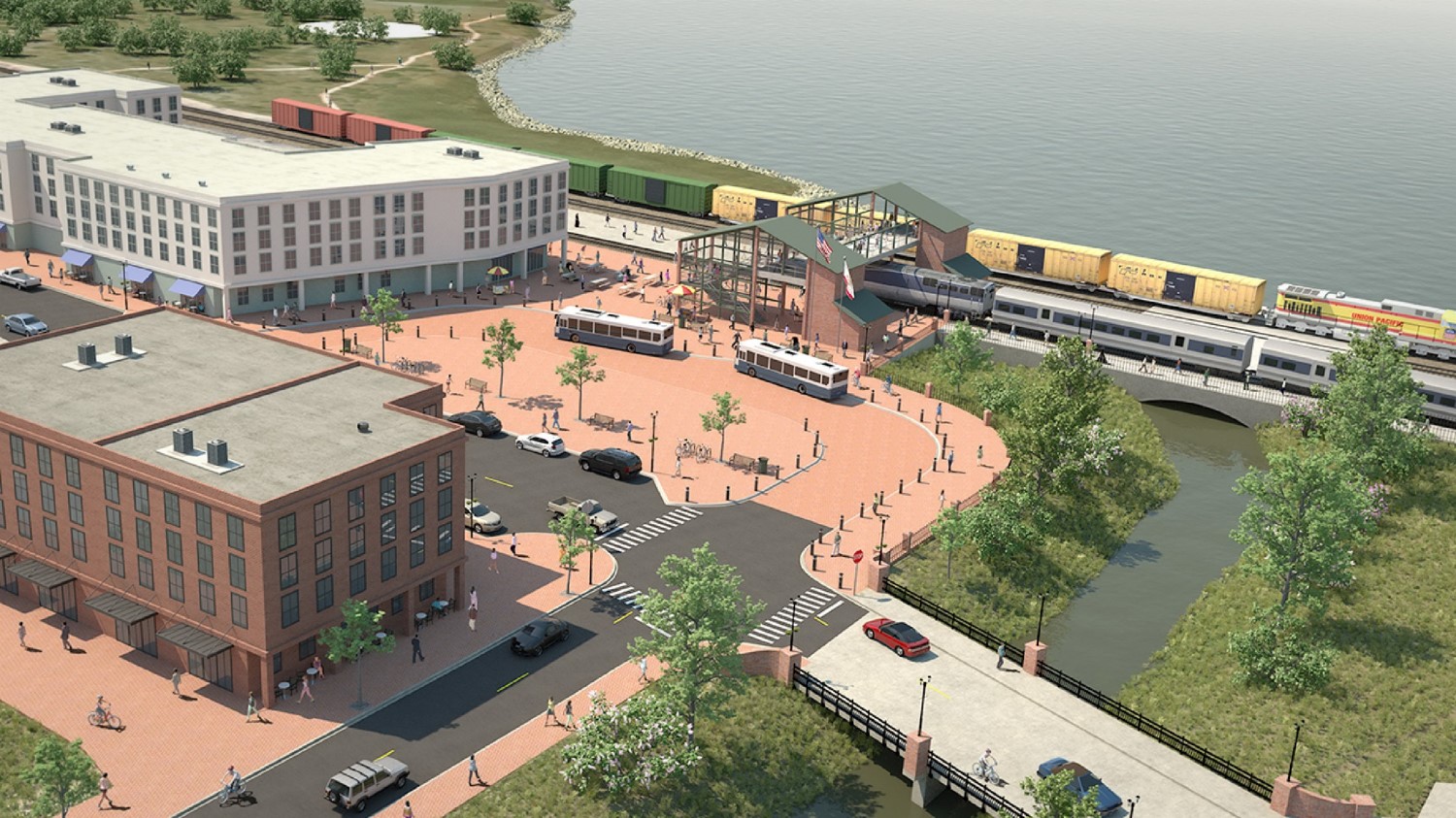 In addition to the rail and bus improvements and a possible ferry terminal, over 1,300 residential new units are proposed to be located in the Waterfront as well as commercial, office, and live-work space. The RITC will be easily accessible for bicyclists and pedestrians, particularly via the Bay Trail that connects Hercules to Pinole and Rodeo.

The City is working with a project team of stakeholders including architects, engineers (HDR and BKF), the private developer (Ledcor), and transit operators (Capitol Corridor train, WestCAT bus, and WETA ferry).

The RITC is being constructed in phases, and upon completion, together with the adjacent private development of the Waterfront, will be one of the largest transit-oriented developments in California!

As of July 2018, the first three phases of the RITC are complete:

The fourth phase of the RITC will relocate approximately 8,000 linear feet of utilities (including Kinder Morgan and Shell fuel lines and fiber optic lines) to make room for the new passenger station track. Following utility relocation, two additional phases, Track/Signal Work and Initial Rail Station, must be completed for the passenger train to be able to stop.

The City has been very successful in garnering federal, state, and regional grants and funds for the RITC. To maximize funding competitiveness and efficiency, prior concepts for the RITC have been redesigned to simplify the station structure and bus access to the transit plaza. These revised improvements provide for a fully-functional and attractive rail station and transit plaza on a more cost-effective basis. For more information on the City's efforts to secure rail service, visit www.herculestrainstop.org.