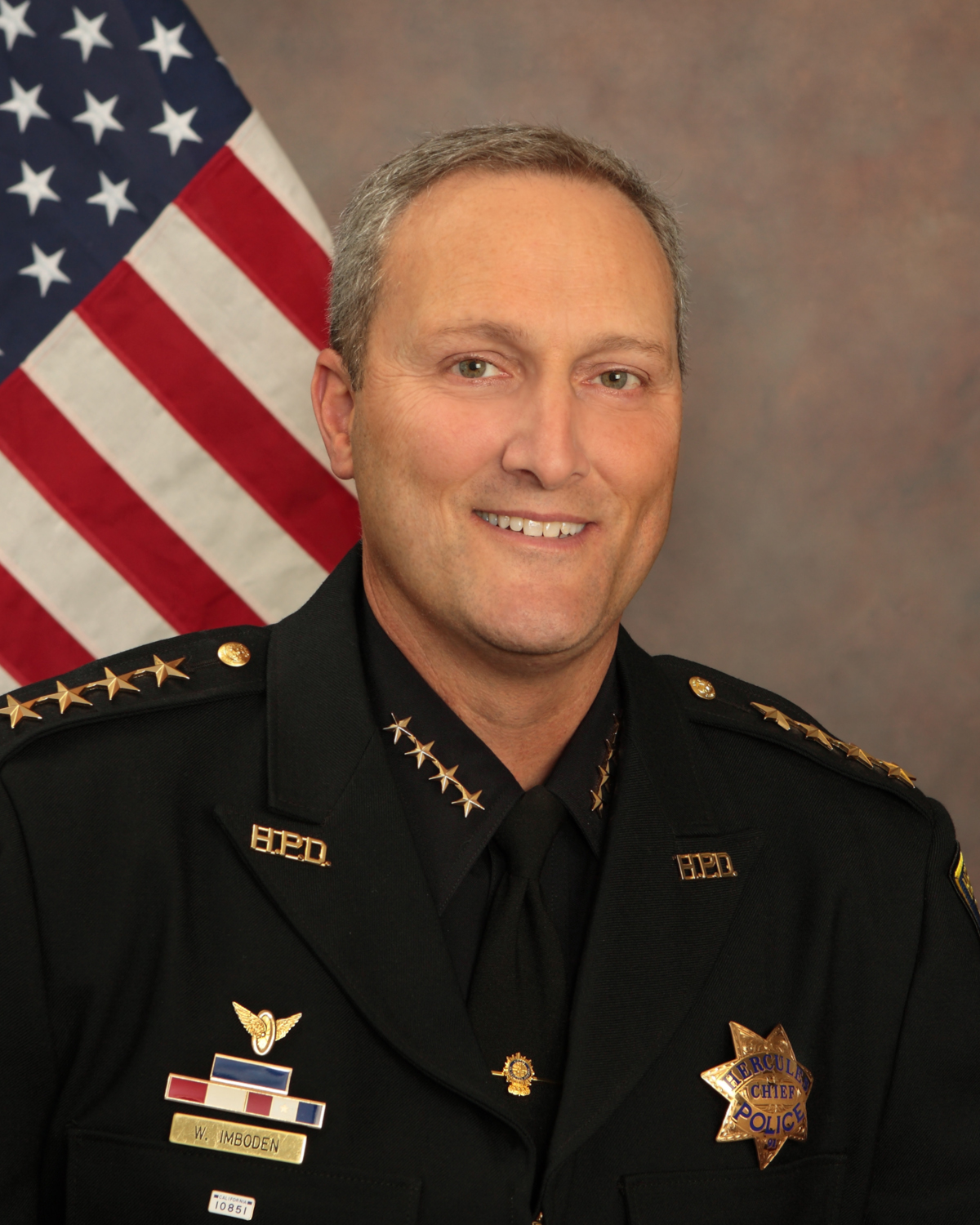 Chief William Imboden started his law enforcement career as a Student Officer with the Santa Rosa Junior College Police Department in 1988, where he worked until 1992 while earning his Associates of Science degree in Administration of Justice. He simultaneously began a 12 year career with the California National Guard where he participated in several statewide and overseas deployments as a Military Police Officer.

In 1994, after attending the Police Academy in Santa Rosa, Chief Imboden was hired as a Police Officer with the Hercules Police Department. Chief Imboden worked in several positions during a 14 year career with Hercules, including Detective, School Resource Officer, Traffic Officer, Field Training Officer, Youth Services Officer and Corporal.

In addition to his Associates Degree, Chief Imboden earned his Bachelor of Science Degree in Criminal Justice Administration from Union Institute and University in 2005, and graduated the FBI National Academy in Quantico, VA. in 2014.

Chief Imboden met his wife Kimberly when they were both employed by the City of Hercules in 1998. They have three children and one granddaughter and live in Solano County. Along with all the activities involved with raising children, they enjoy traveling the Western United States in their RV, watching Sacramento Rivercats baseball games, and riding ATVs for family fun.