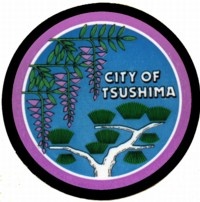 History of the Sister City Relationship
On November 5, 1981, officials from Tsushima, Japan came to Hercules to sign an affiliation document that formalized the relationship between the City of Hercules and the City of Tsushima. The ceremony took place in Refugio Valley Park and included the dedication of the Tsushima Friendship Bridge that spans the creek leading to the lake. Tsushima re-named a street previously known as Nishiki-machi to Hercules Street. Hercules also has a street named for our Sister City, Tsushima Avenue, which extends from San Pablo Avenue west to John Muir Parkway.

The Hercules Sister City Association
Every other year, Hercules recruits, selects, and prepares Hercules Youth Ambassadors (middle and/or high school students) to represent Hercules on a visit to Tsushima and other parts of Japan. Many opportunities are sought to raise the funds necessary to defray the students’ cost of the trip. Interested students can be sent an application packet by sending an email to hercsiscity@hotmail.com.

In addition to Hercules' trip to Tsushima, Tsushima also sends a delegation to Hercules on an bi-annual basis. The group is called the Tsushima Friendship Delegation and consists of eight to twelve students and adults. Frequently, past Youth Ambassadors and their families serve as hosts for Delegation members. Additional host families are also sought from existing HSCA members and others who have indicated a desire to provide a home stay experience for the visitors from Tsushima. A successful hosting experience includes a commitment to be with the hosted individual the entire time they are in Hercules (3-4 days). Some of that time will usually involve City of Hercules-sponsored meals and activities.

About Tsushima
Located in the western part of Aichi Prefecture, Tsushima is one hour away from Tokyo by bullet train. Its population is about 60,000 and it is 10.1 square miles in size. Farming is an important industry, and organic rice, strawberries, and other produce are grown in greenhouses. Textiles have long supported the city’s economy and it is still its main industry, representing 30% of all exports. Ten thousand students are enrolled in 11 schools. Major cultural events are the Tennoh Festival in July and the Fall Festival in October. The Tsushima Shrine dates back to more than 1,450 years. One million people visit it annually.

To learn more about the City of Tsushima, watch "The Glittering Exchange City-Tsushima" by clicking on the image below. 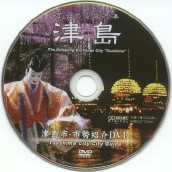 Hercules Youth Ambassador Program
The Hercules Sister City Association will be taking applications for the 2020-2021 Hercules Youth Ambassadors beginning on January 13, 2020.  The selected Youth Ambassadors will be representing the City of Hercules on a ten to fourteen day trip to Tsushima and other locations in Japan late July through early August 2021. The deadline to apply is February 25, 2020.  Interested students must be Hercules residents and currently in the 8th or 9th grade. Detailed information is included in the application packet and can be obtained by clicking here or requested by sending an email to hercsiscity@hotmail.com.