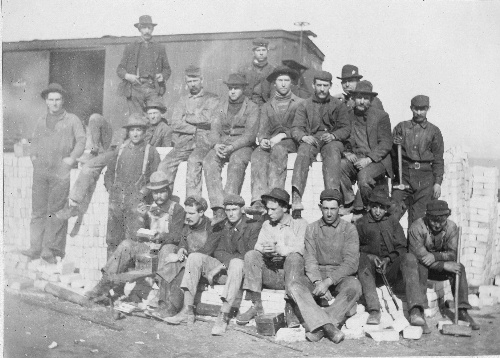 The Hercules Historical Society is a non-profit, tax-exempt corporation dedicated to the restoration and preservation of historical aspects of the City of Hercules. Founded in July 1982 by former Hercules City Council members Lynn Fissell (formerly Judnich) and John Cadigan, the Hercules Historical Society (formerly known as the Hercules Area Restoration and Preservation Committee, Inc.) consists of officers and members representing a cross-section of many community groups and professions. The Society was fundamental in creating the Heritage Garden located in front of City Hall and is very involved in the Historic U.S. 40 Route Sign project.

The Hercules Historical Society holds general meetings on the second Wednesday of each month at 111 Civic Drive, near Hercules City Hall, with parking in the lot that is directly adjacent to the trailer.

To learn more about the history of Hercules, the Hercules Historical Society, or to become a member, visit the Historical Society’s website, which includes a virtual museum and written histories about Hercules and the dynamite plant that started it all.